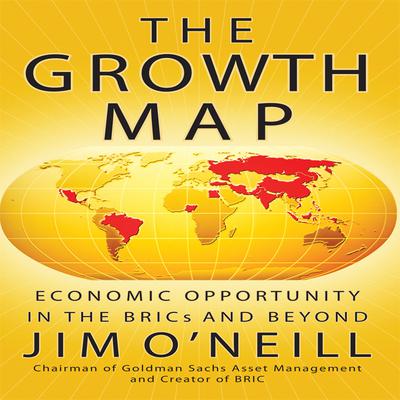 Economic Opportunity in the BRICs and Beyond

In 2001, Jim O'Neill predicted the fastest growing economies of the past decade. Now he's back to explore the new growth markets we should all be watching closely today. It's been ten years since Jim O'Neill conceived of the BRIC acronym. He and his team made a startling prediction: Four developing nations- Brazil, Russia, India, and China (the BRICs)-would overtake the six largest Western economies within forty years. The BRIC analysis permanently changed the world of global investing, and its accuracy has stood the test of time. The Growth Map features O'Neill's personal account of the BRIC phenomenon, how it has evolved, and where those four key nations currently stand after a turbulent decade. And the audiobook also offers an equally bold prediction about the "Next Eleven" countries: Bangladesh, Egypt, Indonesia, Iran, Mexico, Nigeria, Pakistan, Philippines, South Korea, Turkey, and Vietnam. These developing nations may not seem exceptional today, but they offer exciting opportunities for investors over the next decade, just as BRIC did before them. O'Neill also shares several compelling insights about the world economy. He reveals the value for growing countries in being "willing to play" by meaningfully committing to policies that encourage further growth and engagement with globalization. He explains how the g20 can adjust to better incorporate the BRICs and to better reflect the balance of the global economy. Finally, O'Neill makes the counterintuitive claim that good things can quite often come from crises. While established economic powers may see the rise of the BRICs as a threat, international trade benefits us all over the long term. Likewise, the recent financial crisis revealed deep problems in our economic systems, problems we now have the opportunity to fix. A work of astute and absorbing analysis, The Growth Map is an indispensable guide for every investor and every participant in the global economy. Anyone who wants to understand the developing world would do well to heed the man called "one of the most sought-after economic commentators on the planet." (The Telegraph)