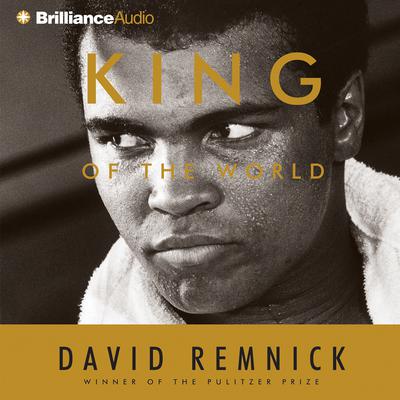 King of the World - Abridged

There had been mythic sports figures before Cassius Clay, but when he burst upon the sports scene in the 1950s, he broke the mold. Those were the years when boxing and boxers were at the mercy of the mob and the whim of the sportswriters. If you wanted a shot at a title, you did it their way.

Young Clay did it his way—with little more than an Olympic gold medal to his credit, he danced into Sonny Liston's baleful view and provoked the terrifying champ into accepting him as his next challenger. The rest is history.

Muhammad Ali has become a mythic hero, an American icon, a self-invented legend. As both a mirror and a molder of his times, Ali became the most recognizable face on the planet, a key figure in the cultural battles of the times. This is the story of his self-creation, and his rise to glory, written by a Pulitzer Prize-winning author.