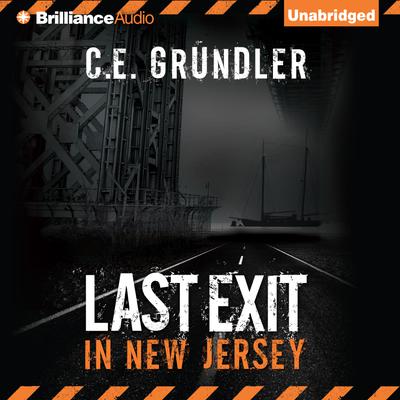 Nice young ladies really shouldn't be dumping bodies at sea. Then again, that isn't stopping Hazel Moran, and she can't figure where anyone got the idea she was nice to begin with.

Raised aboard her father's aging schooner and riding shotgun in their eighteen-wheeler, she can handle almost anything on the road or water; it's her people skills that need work. Normally that isn't an issue—behind the wheel of a Kenworth most people tend to leave her alone. But when twenty- year-old Hazel and her father become the targets of some unsavory characters hunting for her missing cousin, their stolen tractor trailer, and a delivery that never arrived, she knows it's time to heed a lesson learned from her favorite hard-boiled paperbacks: playing nice will only end in tears.

It'll take all her ingenuity, not to mention some fishing tackle and high voltage, if Hazel hopes to protect her family and unravel this tangle of greed and betrayal. And anyone who gets too close, no matter the intent, will discover just how dangerous Hazel truly is as she sets in motion a twisted plan to uncover the truth, settle some scores, and not wind up dead in the process.

Gritty, offbeat, and darkly funny, Last Exit in New Jersey is a modern mystery that introduces an unforgettable new protagonist to the ranks of literature’s hard-boiled detectives.