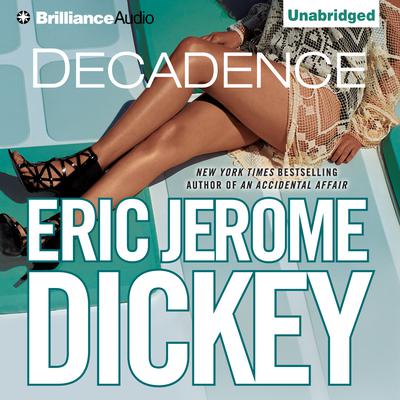 With each step I eased down a hallway filled with grand arches. A swanky red carpet led to the meeting area, where men waited for their dates. We exited the undressing room as if we were at a Hollywood premiere.

Though Nia is much desired—by the mysterious, often unavailable international businessman, Prada, with whom she enjoys unprecedented attraction; by the fit local veteran, Brett, who puts her through her paces, most often during grueling road training sessions—her first love, Chris, is never far from her thoughts. When Nia receives an invitation to the exclusive pleasure palace known as Decadence, her romantic world gives way to an abundance of sensory experience she could never have imagined.

Even as the Hollywood premiere of her potentially career-changing film approaches, she is drawn further into this forbidden lifestyle. Under the influence of glamorous, sensuous new friends, Nia abandons all caution, and her ability to balance truth and fantasy becomes increasingly blurred. Will her relationship with Prada survive countless temptations? Will her professional achievements be given over to impulsive indulgence? Does decadence know any bounds?