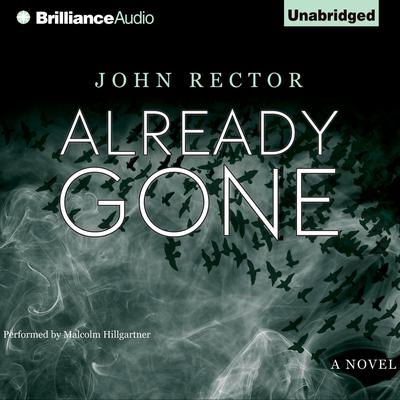 Jake Reese is a writing teacher at an American university. He lives in a small brick Tudor close to campus with his art buyer wife, Diane. His life is quiet — ordinary even. And he likes it that way. But it wasn’t always quiet. Jake’s distant past was a life on the streets, inflicting damage and suffering on more people than he can count. And now someone from his past, it seems, has come looking for him.

A raw, gripping thriller about the price paid for past sins, John Rector’s third novel is a live wire that crackles with the intensity of a man with nothing left to lose. When two men attack Jake in a parking lot and cut off his finger, he tries to dismiss it as an unlucky case of being in the wrong place at the wrong time. But when events take a more sinister turn and Diane goes missing, Jake knows he can no longer hide from the truth. As he embarks on a mission to find his wife, he realizes his dark past is refusing to stay buried and that his future is about to unfold in ways he could never have imagined.

With a taut and brooding style, Rector paints a formidable portrait of a reformed man’s slow descent into a life he thought he had walked away from forever. As the intensity becomes almost unbearable, the pace quickens and the suspense applies an unrelenting, vice-like grip, as Already Gone hurtles toward its ultimate, explosive climax.