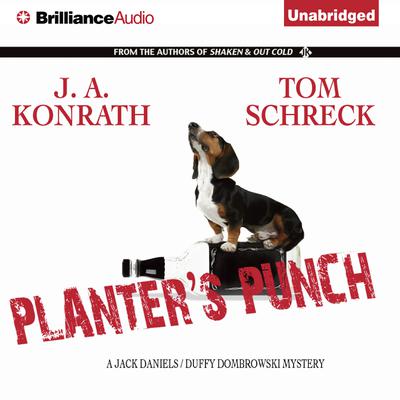 Tom Schreck is the author of the Duffy Dombrowski mysteries, On the Ropes, TKO, and Out Cold. Duffy is a social worker by day and a semi-pro boxer by night, and he's quick with a left hook as he is with his wit.

Planter's Punch is a 7500 word novella that features both Jack Daniels and Duffy Dombrowski.

Both Schreck and Konrath write funny, laugh out-loud mysteries without skimping on the action and suspense.

Kirkus calls Duffy, "Warmhearted, tough, and funny" and Crimespree Magazine raves, "In the boxing match of life I want Duffy Dombrowski as my ring man."

Booklist calls the Jack Daniels series, "A solid success for those who like to mix comedy and grit" and Library Journal calls Konrath, "Not to be missed."