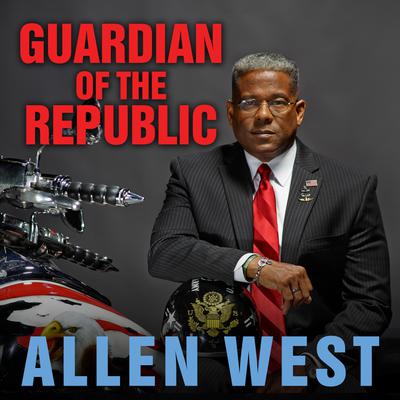 Guardian of the Republic

An American Ronin's Journey to Faith, Family, and Freedom

Over the course of the past few decades, Allen West has had many titles bestowed on him, among them Lt. Colonel, U.S. Representative, "Dad," and Scourge of the Far Left. He rose from humble beginnings in Atlanta where his father instilled in him a code of conduct that would inform his life ever after. Throughout his years leading troops, raising a loving family, serving as Congressman in Florida's 22nd district, and emerging as one of the most authentic voices in conservative politics, West has never compromised the core values on which he was raised: family, faith, tradition, service, honor, fiscal responsibility, courage, freedom. Today, these values are under attack as never before, and as the far Left intensifies its assaults, few have been as vigorous as West in pushing back. He refuses to let up, calling out an Obama administration that cares more about big government than following the Constitution, so-called black "leaders" who sell out their communities in exchange for pats on the head, and a segment of the media that sees vocal black conservatives as threats to be silenced.

Now more than ever, the American republic needs a guardian: a principled, informed conservative who understands where we came from, who can trace the philosophical roots of our faith and freedom, and who has a plan to get America back on track. West isn't afraid to speak truth to power, and in this book he'll share the experiences that shaped him and the beliefs he would die to defend.