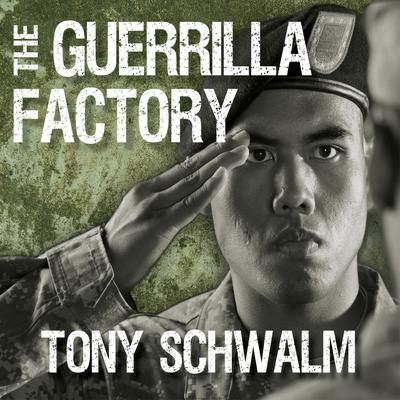 The Making of Special Forces Officers, the Green Berets

The Navy has the SEALs, and the Army has the Green Berets. They are masters of asymmetrical warfare, trained to immerse themselves in hostile territory, sleeping near their enemies and building relationships with people who may want to kill them. Retired lieutenant colonel Tony Schwalm knows this group well, because he is one of them and he trained them. In The Guerrilla Factory, he provides an unbelievably gripping inside look into the grueling training that every army officer must endure to become one of America's elite Green Berets.

The Special Forces Qualification Course, also known as the Q Course, is infamous in U.S. Army lore. It transforms conventional soldiers, through blood, sweat, and tears, into unconventional guerrillas. As a young soldier, Schwalm earned his own Green Beret there. Later, he was the commander of Special Forces officer training at Fort Bragg, evaluating and redesigning the crucible in which leaders face brutal tests of physical strength, stamina, and wits. The Guerrilla Factory is the engaging and compelling story of Schwalm's experience there as a student (from selection to graduation) and his time as the commander of training at Fort Bragg. It is a story of young soldiers striving to become the elite of the elite—of their trials, physical and emotional, and of their triumphs and losses.

In this dramatic account of the challenges faced by these young soldiers, Schwalm describes how men are forced to demonstrate ingenuity under intensely adverse conditions as they are pushed to the point of hallucination, walk until their feet are bloody, and fight off packs of angry dogs with nothing but a rubber rifle. Soldiers today face an entirely different kind of warfare and must be schooled to deal with unusual circumstances. They must have intricate knowledge of how to gather information in a dangerous, unstable atmosphere, and they need to be able to adapt quickly to differences in their surroundings. Schwalm's book takes listeners deep into this world, showing exactly how soldiers acquire the necessary skills.

Revealing details never before shared outside military circles, Schwalm provides a rare and rousing look inside the courageous hearts and souls of soldiers who put their lives on the line for duty, honor, and our country.