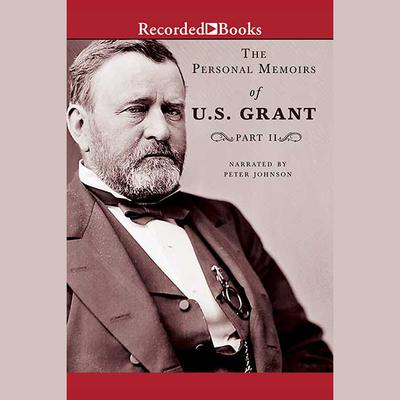 Part Two: The Vicksburg Campaign General Grant wrote this book while dying of throat cancer. He had been swindled by a dishonest Wall Street Broker and his trophies and possessions were stripped from him to satisfy the demands of his debtors. Bankrupt, suffering from a terminal illness and never passing a moment without acute pain, he produced this magnificent monument to his greatness. Those who denigrate Grant as a drunkard, butcher or bumbling President need to read this book in order to correct these errant assumptions. It is impossible to read this book and not realize that Grant was an inordinately intelligent man and one hell of a writer. Grant's Memoirs are a deserved classic in American literature and considered the greatest military Memoirs ever penned, exceeding Caesar's Commentaries. Grant wrote as he lived: with clear, concise statements, unembellished with trivialities or frivolities. The only "criticism" the reader might have is that Grant bent over backwards not to wound the feelings of people in the book. He takes swipes at Joe Hooker and Jeff Davis, but what he left unsaid would have been far more interesting. A compelling and logical reason why Grant was so spare in his comments was because he was involved in a race with death. He didn't know how long he could live and therefore, "cut to the chase."