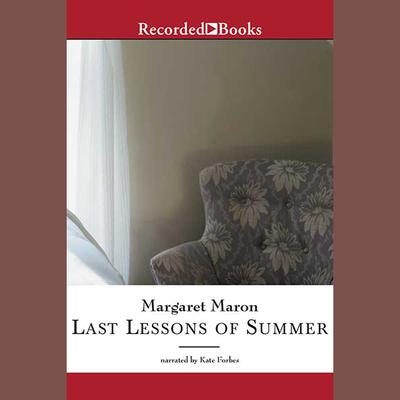 Margaret Maron is The New York Times best-selling author of the acclaimed Deborah Knott series of southern mysteries, including the novels Uncommon Clay and Slow Dollar. She has won the Edgar, Anthony, Agatha, Macavity, and American Mystery Awards. In a rare departure from the Knott series, Maron ratchets up the suspense in the dark and captivating stand-alone mystery, Last Lessons of Summer. Amy Stedman is the young heiress of a prosperous children's book publishing company. She arrives in North Carolina from New York City to clear the family house of her grandmother's belongings and hopefully find clues to her murder-which remains unsolved. While cleaning and rummaging through the woman's dusty possessions, Amy reflects on her own unfulfilling life. Married to a vain man who doesn't love her so much as value her family's lucrative legacy, Amy realizes that their relationship strangely echoes her parents' unfortunate marriage. Soon after giving birth to her, Amy's mother Maxine committed suicide under suspicious circumstances. Amy's father, a brash businessman and unapologetic opportunist, fostered deceit and deeply seated feelings of doubt in the family. Within the walls of this old house, dark recollections of unnatural death are beginning to permeate the air-adding a premonition of menace to Amy's increasingly troubled thoughts. Was Maxine's death really a suicide? And if it wasn't, what terrible secrets may be lying in wait for Amy?