Have a gift or promo code? Get started
Skip content
Celebrate Juneteenth with Black-owned bookstores! Learn more
You appear to be accessing the site from a country where this title has restricted rights.
You can purchase this title if you use a credit card issued in a country where the publisher has licensed the content. 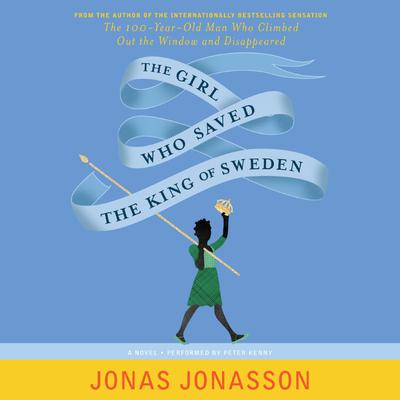 The Girl Who Saved The King Of Sweden

Jonas Jonasson's picaresque tale of how one person's actions can have far-reaching—even global—consequences, written with the same light-hearted satirical voice as his bestselling debut novel, The 100-Year-Old Man Who Climbed Out the Window and Disappeared.

On June 14th, 2007, the King and Prime Minister of Sweden went missing from a gala banquet at the Royal Castle. Later it was said that both had fallen ill: the truth is different. The real story starts much earlier, in 1961, with the birth of Nombeko Mayeki in a shack in Soweto. Nombeko was fated to grow up fast and die early in her poverty-stricken township. But Nombeko takes a different path. She finds work as a housecleaner and eventually makes her way up to the position of chief advisor, at the helm of one of the world's most secret projects.

Here is where the story merges with, then diverges from reality. South Africa developed six nuclear missiles in the 1980s, then voluntarily dismantled them in 1994. This is a story about the seventh missile . . . the one that was never supposed to have existed. Nombeko Mayeki knows too much about it, and now she's on the run from both the South African justice and the most terrifying secret service in the world. She ends up in Sweden, which has transformed into a nuclear nation, and the fate of the world now lies in Nombeko's hands.