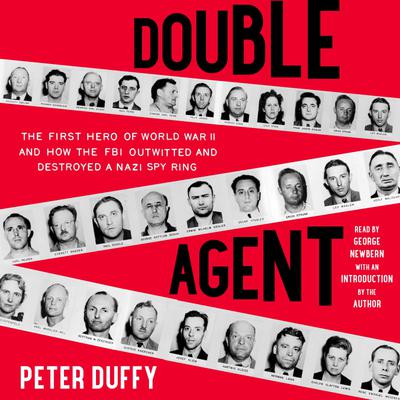 He was the first hero of World War II and yet the American public has never seen his face. William G. Sebold, a naturalized American of German birth, risked his life to become the first double agent in the history of the Federal Bureau of Investigation. He spent sixteen months in the Nazi underground of New York City, consorting with a colorful cast of spies. Sebold was at the center of the most sophisticated investigation yet devised by the FBI, which established a short-wave radio station on Long Island to communicate with Hamburg spymasters and set up a “research office” in Times Square that allowed agents hidden behind a two-way mirror to film meetings conducted between Sebold and the spy suspects.

The result was the arrest and conviction of thirty-three spies, still the largest espionage case in American history. The guilty verdicts were announced in Brooklyn federal court just hours after Adolf Hitler declared war on the United States on December 11, 1941, which meant that the Führer could not call upon a small army of embedded spies and saboteurs during the most trying days of the coming struggle. “As you know,” an FBI official later told J. Edgar Hoover, “Sebold gave us the most outstanding case in Bureau history.”

In Double Agent, Peter Duffy tells this full account. Here is a story “rich with eccentric characters, suspense, and details of spycraft in the war’s early days….The result is a compelling cultural history with all the intricacy and intrigue of a good spy novel” (The Boston Globe).