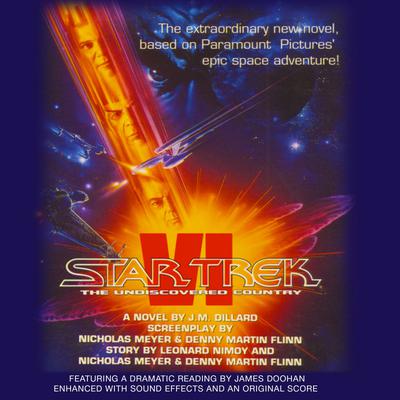 Internal pressures, enormous military expenditures, and the destruction of their primary energy source have brought the Klingon Empire to the verge of catastrophic collapse.
To avert disaster, Gorkon, Chancellor of the Klingon High Council, proposes negotiations between the Federation and Klingon Empire, negotiations that will put an end to the years of hostility between the two powers, and herald a new era of peace and cooperation. Captain James T. Kirk and the U.S.S. EnterpriseTM are dispatched to escort the Chancellor safely into Federation space.
But a treacherous assassination brings negotiations to a sudden halt and places Kirk and Dr. McCoy in the hands of the Federation's greatest enemy. With time running out, Spock and the Enterprise crew work to uncover the deadly secret that threatens to propel the galaxy into the most destructive conflict it has ever known.