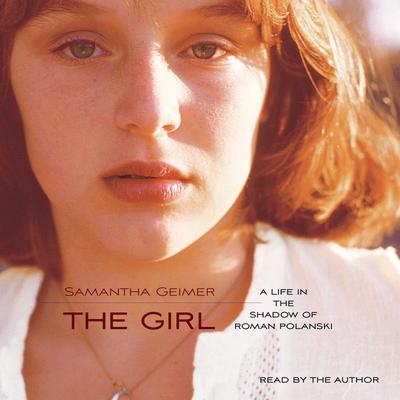 A Life Lived in the Shadow of Roman Polanski

In this memoir that “might be the most important and valuable book of the century so far” (The Guardian), Samantha Geimer reveals for the first time her side of one of the most notorious and complex legal cases in American history.

March 1977, Southern California. Roman Polanski drives a rented Mercedes along Mulholland Drive to Jack Nicholson’s house. Sitting next to him is an aspiring model named Samantha Geimer. She is thirteen years old.

The undisputed facts of what happened in the hours that followed appear in the court record: Roman and Samantha spent hours taking pictures—on a kitchen counter, topless in a Jacuzzi. Wine and Quaaludes were consumed, balance and innocence were lost, and a young girl’s life was altered forever—eternally cast as a background player in her own story.

For months on end, the Polanski case dominated the media both in the United States and abroad. But even with the extensive coverage, there is much about that day—and the girl at the center of it all—that has remained a mystery. The few times Samantha Geimer has spoken publically, it has been largely in reaction to Polanski—his latest film, his arrests, his releases. Virtually the entire narrative of Samantha’s life, and even the details of the rape itself, have all been left untold.

Taking us far beyond the known headlines, this is the story of a girl who was simultaneously wise beyond her years and yet terribly vulnerable and even naive. Says New York Times bestselling author Sheila Weller, “Witty, snarky—but also precise and thoughtfully observant…Samantha Geimer is a reflective guide as she humanely tells of a complex violation that hurt but didn’t defeat her.”