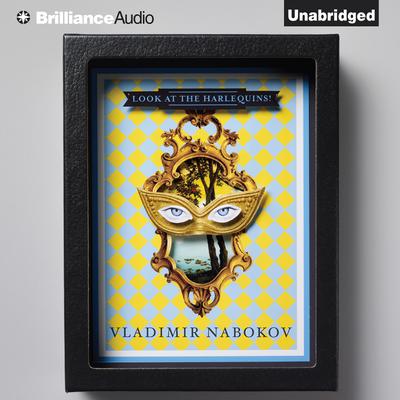 Look at the Harlequins!

As intricate as a house of mirrors, Nabokov’s last novel is an ironic play on the Janus-like relationship between fiction and reality. It is the autobiography of the eminent Russian-American author Vadim Vadimovich N. (b. 1899), whose life bears an uncanny resemblance to that of Vladimir Vladimirovich Nabokov, though the two are not to be confused (?). Focusing on the central figures of his life — his four wives, his books, and his muse, Dementia — the book leads us to suspect that the fictions Vadim has created as an author have crossed the line between his life’s work and his life itself, as the worlds of reality and literary invention grow increasingly indistinguishable. One of the twentieth century’s master prose stylists, Vladimir Nabokov was born in St. Petersburg in 1899. He studied French and Russian literature at Trinity College, Cambridge, then lived in Berlin and Paris, where he launched a brilliant literary career. In 1940 he moved to the United States, and achieved renown as a novelist, poet, critic, and translator. He taught literature at Wellesley, Stanford, Cornell, and Harvard. In 1961 he moved to Montreux, Switzerland, where he died in 1977. “One of the greatest masters of prose since Conrad.” — Harper’s