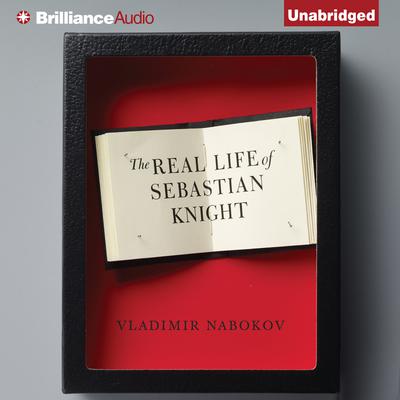 The Real Life of Sebastian Knight

The Real Life of Sebastian Knight, the first novel Nabokov wrote in English, is a tantalizing literary mystery in which a writer’s half brother searches to unravel the enigma of the life of the famous author of Albinos in Black, The Back of the Moon, and Doubtful Asphodel. A characteristically cunning play on identity and deception, the novel concludes “ I am Sebastian, or Sebastian is I, or perhaps we both are someone whom neither of us knows.” One of the twentieth century’s master prose stylists, Vladimir Nabokov was born in St. Petersburg in 1899. He studied French and Russian literature at Trinity College, Cambridge, then lived in Berlin and Paris, where he launched a brilliant literary career. In 1940 he moved to the United States, and achieved renown as a novelist, poet, critic, and translator. He taught literature at Wellesley, Stanford, Cornell, and Harvard. In 1961 he moved to Montreux, Switzerland, where he died in 1977. “Witty and sad at the same time. Profound and dazzling." — Chicago Sun-Times