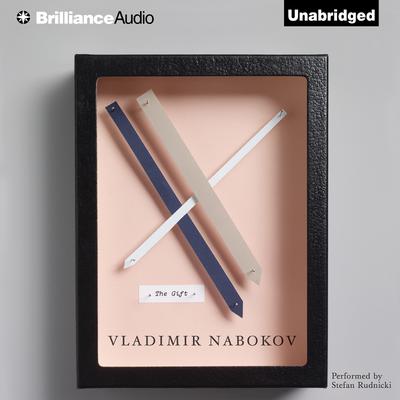 The Gift is the last of the novels Nabokov wrote in his native language and the crowning achievement of that period in his literary career. It is also his ode to Russian literature, evoking the works of Pushkin, Gogol, and others in the course of its narrative: the story of Fyodor Godunov-Cherdyntsev, an impoverished émigré poet living in Berlin, who dreams of the book he will someday write — a book very much like The Gift itself. One of the twentieth century’s master prose stylists, Vladimir Nabokov was born in St. Petersburg in 1899. He studied French and Russian literature at Trinity College, Cambridge, then lived in Berlin and Paris, where he launched a brilliant literary career. In 1940 he moved to the United States, and achieved renown as a novelist, poet, critic, and translator. He taught literature at Wellesley, Stanford, Cornell, and Harvard. In 1961 he moved to Montreux, Switzerland, where he died in 1977. “Nabokov writes prose the only way it should be written, that is, ecstatically.” — John Updike