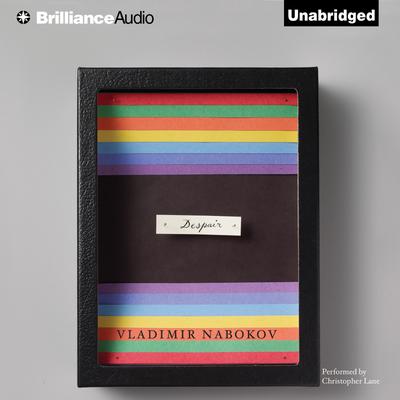 Extensively revised by Nabokov in 1965 — thirty years after its original publication — Despair is the wickedly inventive and richly derisive story of Hermann, a man who undertakes the perfect crime: his own murder.

“A beautiful mystery plot, not to be revealed.” - Newsweek

One of the twentieth century’s master prose stylists, Vladimir Nabokov was born in St. Petersburg in 1899. He studied French and Russian literature at Trinity College, Cambridge, then lived in Berlin and Paris, where he launched a brilliant literary career. In 1940 he moved to the United States, and achieved renown as a novelist, poet, critic, and translator. He taught literature at Wellesley, Stanford, Cornell, and Harvard. In 1961 he moved to Montreux, Switzerland, where he died in 1977.

“Nabokov writes prose the only way it should be written, that is, ecstatically.” — John Updike