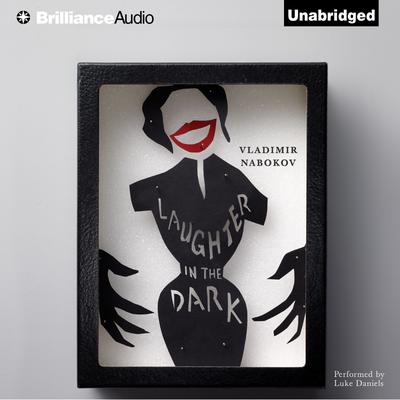 Laughter in the Dark

Albinus, a respectable, middle-aged man and aspiring filmmaker, abandons his wife for a lover half his age: Margot, who wants to become a movie star herself. When Albinus introduces her to Rex, an American movie producer, disaster ensues. What emerges is an elegantly sardonic and irresistibly ironic novel of desire, deceit, and deception, a curious romance set in the film world of Berlin in the 1930s. One of the twentieth century’s master prose stylists, Vladimir Nabokov was born in St. Petersburg in 1899. He studied French and Russian literature at Trinity College, Cambridge, then lived in Berlin and Paris, where he launched a brilliant literary career. In 1940 he moved to the United States, and achieved renown as a novelist, poet, critic, and translator. He taught literature at Wellesley, Stanford, Cornell, and Harvard. In 1961 he moved to Montreux, Switzerland, where he died in 1977. “Nabokov writes prose the only way it should be written, that is, ecstatically.” — John Updike