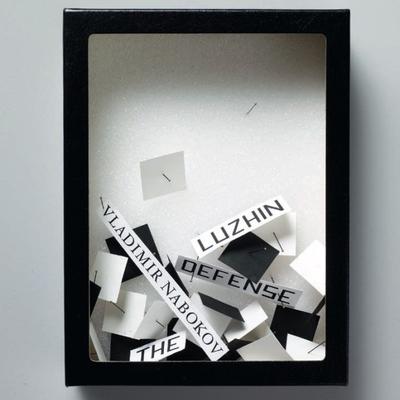 Nabokov’s third novel, The Luzhin Defense, is a chilling story of obsession and madness. As a young boy, Luzhin was unattractive, distracted, withdrawn, sullen — an enigma to his parents and an object of ridicule to his classmates. He takes up chess as a refuge from the anxiety of his everyday life. His talent is prodigious and he rises to the rank of grandmaster — but at a cost: in Luzhin’s obsessive mind, the game of chess gradually supplants reality. His own world falls apart during a crucial championship match, when the intricate defense he has devised withers under his opponent’s unexpected and unpredictable lines of assault. One of the twentieth century’s master prose stylists, Vladimir Nabokov was born in St. Petersburg in 1899. He studied French and Russian literature at Trinity College, Cambridge, then lived in Berlin and Paris, where he launched a brilliant literary career. In 1940, he moved to the United States and achieved renown as a novelist, poet, critic, and translator. He taught literature at Wellesley, Stanford, Cornell, and Harvard. In 1961, he moved to Montreux, Switzerland, where he died in 1977. “[Nabokov is] the supreme master.” — The New York Times Book Review