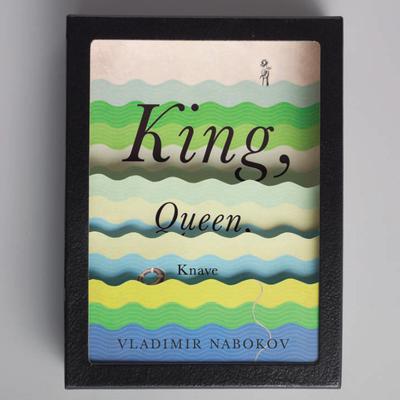 This novel is the story of Dreyer, a wealthy and boisterous proprietor of a men’s clothing emporium. Ruddy, self-satisfied, and thoroughly masculine, he is perfectly repugnant to his exquisite but cold middle-class wife, Martha. Attracted to his money but repelled by his oblivious passion, she longs for their nephew instead, the thin, awkward, myopic Franz. Newly arrived in Berlin, Franz soon repays his uncle’s condescension in his aunt’s bed. One of the twentieth century’s master prose stylists, Vladimir Nabokov was born in St. Petersburg in 1899. He studied French and Russian literature at Trinity College, Cambridge, then lived in Berlin and Paris, where he launched a brilliant literary career. In 1940 he moved to the United States, and achieved renown as a novelist, poet, critic, and translator. He taught literature at Wellesley, Stanford, Cornell, and Harvard. In 1961 he moved to Montreux, Switzerland, where he died in 1977. “Nabokov writes prose the only way it should be written, that is, ecstatically.” — John Updike