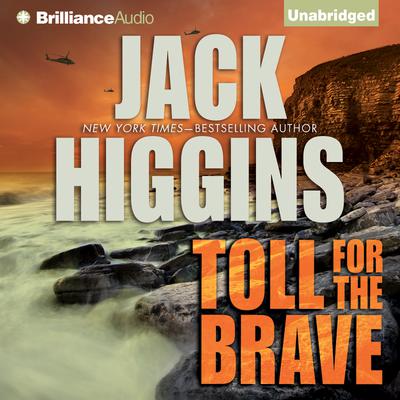 Toll for the Brave

Betrayed by his lover, beaten and almost broken by his captors, Ellis Jackson escapes from the Viet Cong with his best friend James Maxwell St. Clair. Dodging bullets, they finally break free from a living hell.

Some years later, back in England, Ellis wakes to find himself holding a 12-bore shot gun surrounded by staring faces. In the other room his mistress, together with James are both dead.

Has Ellis Jackson finally succumbed to the madness he first endured at the hands of the Viet Cong? Or is he being set up by a greater power than himself?

“Open a Jack Higgins novel and you’ll encounter a master craftsman at the peak of his powers…first-rate tales of intrigue, suspense, and full-on action.” —Sunday Express

“A thriller writer in a class of his own.” —Financial Times