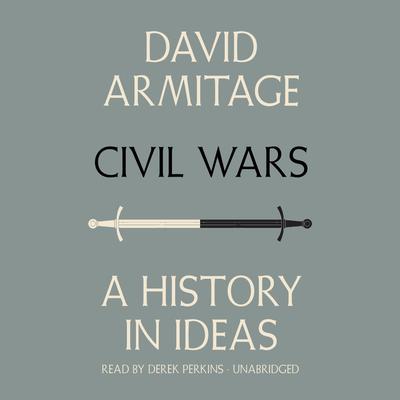 A History in Ideas

A highly original history, tracing the least understood and most intractable form of organized human aggression from ancient Rome through the centuries to the present day.

We think we know civil war when we see it. Yet ideas of what it is, and what it isn't, have a long and contested history, from its fraught origins in republican Rome to debates in early modern Europe down to the present day. Defining the term is an acutely political act: whether a war is "civil" often depends on whether one is a ruler or a rebel, victor or vanquished, participant or foreigner. Likewise, calling any particular conflict a civil war can shape its outcome by determining whether other nations choose to get involved or stand aside. So it has been in our own nation's history: from the American Revolution (commonly referred to as a civil war while it was waged) to the US "Civil War" to the Second Gulf War-in each, pivotal decisions on the part of outside powers turned on precisely such shifts of perspective.

In Civil Wars, the eminent historian David Armitage offers an invaluable illumination of this vexing subject. By touching on certain signal instances in Western thought-the poetry of Lucan, the political theory of Thomas Hobbes, the so-called Lieber Code produced during our own civil war, to name a few-he creates a "genealogy" of our sometimes contradictory notions about civil war. The result has much to tell us about how this intellectual inheritance has shaped the political fortunes of our uneasy world and how we might think about this form of violence in the future.

From the Balkans to Rwanda, Afghanistan, Iraq, South Sudan, and most recently Syria, civil conflict has exploded of late. Across the West, politics itself looks ever more like civil war by other means. At such a charged time, this book's unique perspective on the origins and dynamics of a phenomenon still shaping our world is sure to prove indispensable in the ongoing effort to grapple with what has come to seem an eternal problem.

Notice to our customers about Civil Wars