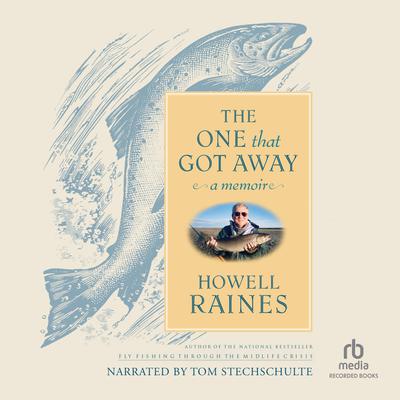 The One that Got Away

"Lost fish," writes Howell Raines, "chasten us to the knowledge that we are all, in each and every moment, dwindling. Imagine my surprise when I discovered well into my sixth decade that losing fish can prepare us for a blessing as well as for pain." Confronting loss -- of an elusive fish or something larger -- is at the heart of "The One That Got Away, " the graceful sequel to Raines's much-loved, bestselling memoir "Fly Fishing Through the Midlife Crisis, " published to great acclaim in 1993. With the same winning combination of reminiscences, anecdotes, philosophy and fishing lore, his bold new memoir covers the eventful years in this latest passage of his life, and the realization that in relinquishing his former identity as a newspaperman he has actually gotten what he wanted, just in the most unlikely way. In wry and witty prose, Raines shifts between fishing vignettes and personal reflections on his childhood, his second marriage, his relationships with his two sons, the trajectory of his career at "The New York Times" and his move toward old age. At the center of his narrative is his most thrilling fishing adventure -- an epic battle with a marlin he hooked and fought for more than seven hours in the South Pacific -- which comes to symbolize his growing understanding and acceptance of the unpredictability of luck, love, lies and life, and how the unexpected can, in fact, be an opportunity to make life more interesting. Raines's wonderful descriptions of streams, people and fish; his passion for angling and writing; and his wise and perceptive commentary on the vagaries of his own life combine to create a profound book -- one of undeniable appeal and uncommon heart.