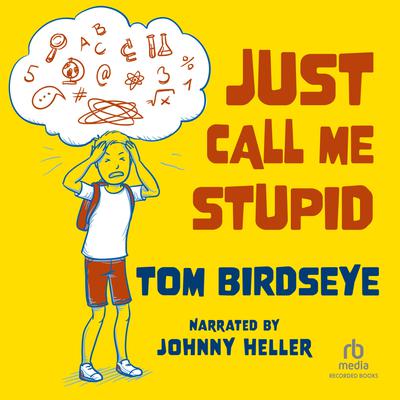 Fifth grader Patrick Lowe loves to draw. While he fills sheet after sheet with beautiful drawings, he imagines he is the indomitable White Knight, far removed from the problem that haunts him at school: he can't read. When he tries, the words blur, and he feels like he's suffocating. As a result, many of Patrick's classmates think he's stupid-and Patrick believes them. Then Celina moves into the house next door. She likes to read so much that her face glows whenever she picks up a book. Can Celina prove to Patrick that he really is smart, or will a crisis prove her wrong? Just Call Me Stupid is a Florida Sunshine State Young Reader's Award-winner. Tom Birdseye's perceptive and heart-warming stories of childhood are on school reading lists across the country. Birdseye's realistic writing style and narrator Johnny Heller's emotional narration are an irresistible combination.