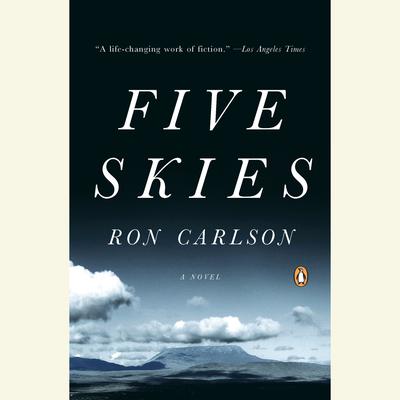 Beloved story writer Ron Carlson's first novel in thirty years, Five Skies is the story of three men gathered high in the Rocky Mountains for a construction project that is to last the summer. Having participated in a spectacular betrayal in Los Angeles, the giant, silent Arthur Key drifts into work as a carpenter in southern Idaho. Here he is hired, along with the shiftless and charming Ronnie Panelli, to build a stunt ramp beside a cavernous void. The two will be led by Darwin Gallegos, the foreman of the local ranch who is filled with a primeval rage at God, at man, at life.

As they endeavor upon this simple, grand project, the three reveal themselves in cautiously resonant, profound ways. And in a voice of striking intimacy and grace, Carlson's novel reveals itself as a story of biblical, almost spiritual force. A bellwether return from one of our greatest craftsmen, Five Skies is sure to be one of the most praised and cherished novels of the year.