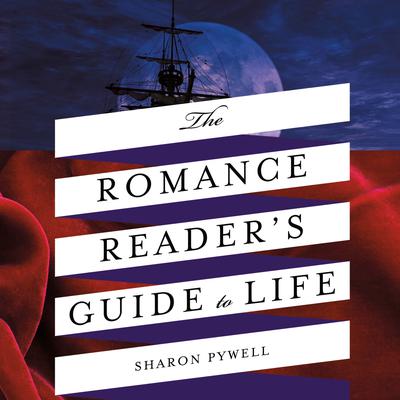 The Romance Reader's Guide to Life

As a young girl, Neave was often stuck in a world that didn’t know what to do with her. As her mother not unkindly told her, she was never going to grow up to be a great beauty. Her glamorous sister, Lilly, moved easily through the world, a parade of handsome men in pursuit. Her brother didn’t want a girl joining his group of friends. And their small town of Lynn, Massachusetts, didn’t have a place for a girl whose feelings often put her at war with the world -- often this meant her mother, her brother, and the town librarian who wanted to keep her away from the Dangerous Books she really wanted to read.

But through an unexpected friendship, Neave finds herself with a forbidden copy of The Pirate Lover, a steamy romance, and Neave discovers a world of passion, love, and betrayal. And it is to this world that as a grown up she retreats to again and again when real life becomes too much.

Neave finds herself rereading The Pirate Lover more than she ever would have expected because as she gets older, life does not follow the romances she gobbled up as a child. When Neave and Lilly are about to realize their professional dream, Lilly suddenly disappears. Neave must put her beloved books down and take center stage, something she has been running from her entire life. And she must figure out what happened to Lilly – and if she’s next. Who Neave turns to help her makes Sharon Pywell's The Romance Reader's Guide to Life one of the most original, entertaining, exciting, and chilling audiobooks you will listen to this year.