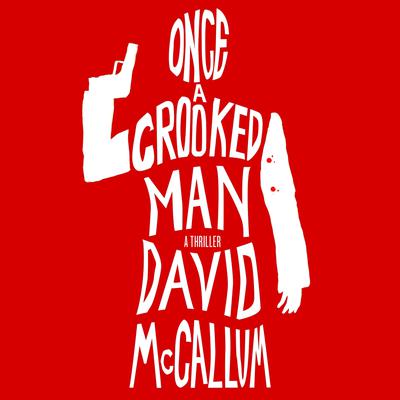 Once a Crooked Man

A deliciously quirky crime novel from David McCallum, the beloved actor know for his portrayal of Illya Kuryakin on The Man From U.N.C.L.E. and Dr. Donald "Ducky" Mallard on NCIS.

Sal, Max and Enzo Bruschetti have proved this over a lifetime of nefarious activity that they have kept hidden from law enforcement. Nowhere in any file, on any computer is there a record of anything illegal from which they have profited. But Max has a problem. His body is getting old and his doctor has told him to take it easy. Max has decided that the time has come for the family to retire.

But when young actor Harry Murphy overhears the Bruschetti brothers planning changes to their organization, including the murder of a man in London who knows t0o much, the Bruschetti's plans begin to unravel.

After Harry makes the well-intentioned if egregious mistake of trying to warn the Bruchetti's intended victim he finds himself alone in a foreign country, on the wrong side of the law, with a suitcase full of cash and a dangerous man on his trail. And while his good looks, charm and cheerful persistence may prove assets in the turbulent events that follow, none of Harry's past roles have prepared him for what happens next.

A turns tense and funny, Once a Crooked Man is infused with the infectious charm that has made David McCallum one of television's longest running, most-beloved stars.