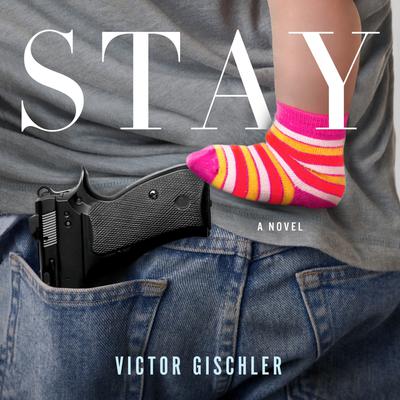 Victor Gischler's STAY, in which a stay-at-home dad with a secret past is forced to take pre-emptive action when his family is threatened by a crime lord, with TV rights sold.


David Sparrow is an awesome stay-at-home dad. He gets his kids ready for school while his wife, Amy, commutes to New York City, where she is an Assistant District Attorney. She just inherited a major case: prosecuting crime lord Dante Payne. Meanwhile, David is content chatting with the moms at school drop-off, and doing housework.

One night, David is awoken by a sound downstairs, and discovers a man in Amy's office, going through her work documents. Instinctively, David confronts the man and a fight begins. But not a fight between a stay-at-home dad and a common burglar. No, this is a fight out of a Bourne movie and it is intense. David wins, but barely. He tries to explain to the cops that this guy was no ordinary burglar but they mostly ignore him, especially when they find out what he does for a "living."

We now discover that David is a former Solo Ops officer, a soldier who was routinely dropped in war zones with a specific mission. If he was caught, the US government would disavow all knowledge of him. David was honorably discharged after too many missions and was excited for a quiet, normal life.

However, with Dante Payne now targeting Amy and her family, David decides to reactivate himself and take the fight to the vicious criminal lord. And Dante Payne has no idea who he's just crossed.