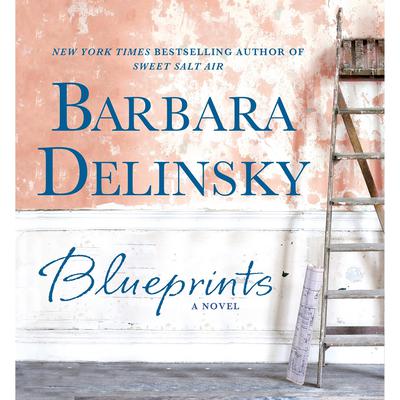 Some women are born with an instinct for knowing how things work
-and what to do when they break.

Blueprints, the New York Times bestselling novel from Barbara Delinsky, is the story of two strong women, Caroline MacAfee, a skilled carpenter, and her daughter Jamie, a talented architect. Together they are the faces of Gut It!, a home renovation series on local public television. Caroline takes pride in her work, and in the way she connects with the show's audience. But when she is told the network wants her daughter to replace her as host-the day after Caroline's fifty-sixth birthday-she is devastated. The fallout couldn't come at a worse time.

For Jamie, life changes overnight when, soon after learning of the host shift, her father and his new wife die in a car accident that orphans their two-year-old son. Accustomed to organization and planning, she is now grappling with a toddler who misses his parents, a fiancé who doesn't want the child, a staggering new attraction, and a work challenge that, if botched, could undermine the future of both MacAfee Homes and Gut It!

For Caroline, hosting Gut It! is part of her identity. Facing its loss, she feels betrayed by her daughter and old in the eyes of the world. Her ex-husband's death thrusts her into the role of caregiver to his aging father. And then there's Dean, a long-time friend, whose efforts to seduce her awaken desires that have been dormant for so long that she feels foreign to herself.

Who am I? Both women ask, as the blueprints they've built their lives around suddenly need revising. While loyalties shift, decisions hover, and new relationships tempt, their challenge comes not only in remaking themselves, but in rebuilding their relationship with each other.