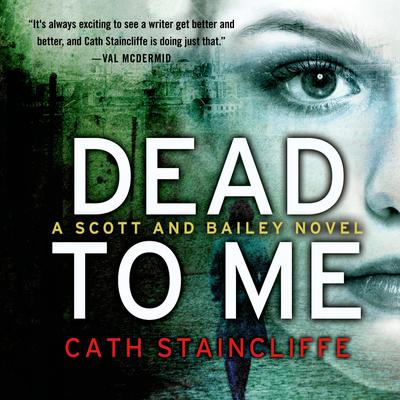 A riveting, sharply observed and thoroughly modern police procedural, Dead to Me features a stellar but unlikely female detective team.

Detective Constable Janet Scott is subtle and reliable, a diplomatic thinker with a wry sense of humor. She's put in the time and seen it all, but has no desire for the boss's job—she loves her own too much. Rachel Bailey couldn't be more different—she's energetic, impulsive, and ambitious, and has just been transferred to the Manchester murder squad. Their commander thinks Rachel's intuition could make her a great cop, but has reservations about her shoot-first-think-later approach, so she partners her with Janet. At first, the match seems to have been made somewhere considerably lower than heaven, but when a teenage girl is found brutally murdered, stabbed to death in her squalid flat on a North Manchester housing estate, both detectives realize they must work together to stop a vicious killer. But the case quickly becomes more complicated than it seems, fraught with dangers neither woman could see coming. Eager to make her mark, Rachel's reckless pursuit of the truth could threaten her future on the squad. And an unexpected turn in the investigation forces Janet to face personal demons. No matter the cost, both must race to stop a vicious killer before it's too late in this riveting novel from award-winning author Cath Staincliffe.

"It's always exciting to see a writer get better and better, and Cath Staincliffe is doing just that." --Val McDermid