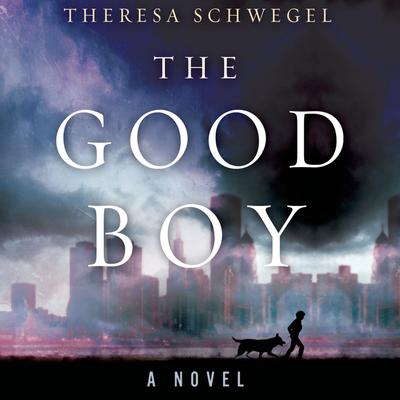 Edgar award winner Theresa Schwegel returns with The Good Boy, her most dramatic and emotional novel to date, a family epic that combines the hard-boiled grit of her acclaimed police thrillers with an intimate portrait of a young boy trying to follow his heart in an often heartless city.

For Officer Pete Murphy, K9 duty is as much a punishment as a promotion. When a shaky arrest reignites a recent scandal and triggers a multimillion-dollar lawsuit, all eyes are on Pete as the department braces for another media firestorm.

Meanwhile, Pete's eleven-year-old son Joel feels invisible. His parents hardly notice him—unless they're arguing about his "behavioral problems"—and his older sister, McKenna, has lately disappeared into the strange and frightening world of teenagerdom. About the only friend Joel has left is Butchie, his father's furry "partner."

When Joel and Butchie follow McKenna to a neighborhood bully's party, illegal activity kicks the dog's police training into overdrive, and soon the duo are on the run, navigating the streets of Chicago as they try to stay one step ahead of the bad guys—bad guys who may have a very personal interest in getting some payback on Officer Pete Murphy.