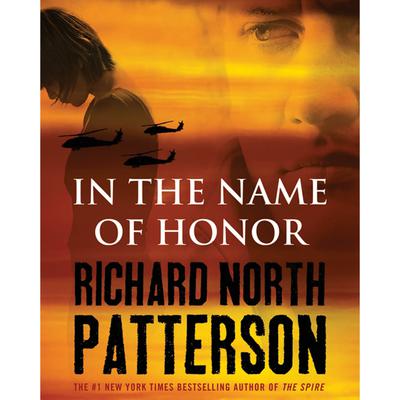 In the Name of Honor

Home from Iraq, a lieutenant kills his commanding officer—was it self-defense or premeditated murder? An enthralling novel of suspense about the high cost of war and secrets

The McCarrans and the Gallaghers, two military families, have been close for decades, ever since Anthony McCarran—now one of the army's most distinguished generals—became best friends with Jack Gallagher, a fellow West Pointer who was later killed in Vietnam. Now a new generation of soldiers faces combat, and Lt. Brian McCarran, the general's son, has returned from a harrowing tour in Iraq. Traumatized by wartime experiences he will not reveal, Brian depends on his lifelong friendship with Kate Gallagher, Jack's daughter, who is married to Brian's commanding officer in Iraq, Capt. Joe D'Abruzzo. But since coming home, D'Abruzzo also seems changed by the experiences he and Brian shared—he's become secretive and remote.

Tragedy strikes when Brian shoots and kills D'Abruzzo on their army post in Virginia. Brian pleads self-defense, claiming that D'Abruzzo, a black-belt martial artist, came to his quarters, accused him of interfering with his marriage, and attacked him. Kate supports Brian and says that her husband had become violent and abusive. But Brian and Kate have secrets of their own, and now Capt. Paul Terry, one of the army's most accomplished young lawyers, will defend Brian in a high-profile court-martial. Terry's co-counsel is Meg McCarran, Brian's sister, a brilliant and beautiful attorney who insists on leaving her practice in San Francisco to help save her brother. Before the case is over, Terry will become deeply entwined with Meg and the McCarrans—and learn that families, like war, can break the sturdiest of souls.