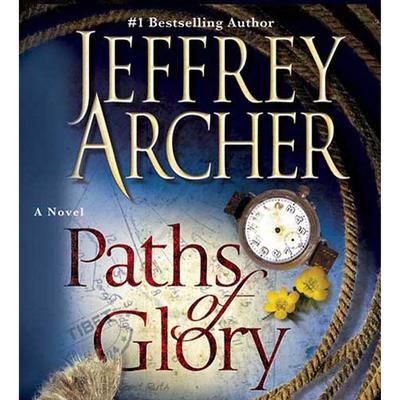 Some people have dreams that are so magnificent that if they were to achieve them, their place in history would be guaranteed. People like Christopher Columbus, Isaac Newton, Florence Nightingale, Thomas Edison, Nancy Astor, Charles Lindbergh, Amy Johnson, Edmund Hilary and Neil Armstrong—their unparalleled success has made their stories into legend. But what if one man had such a dream, and once he'd achieved it, there was no proof that he had fulfilled his ambition?

Jeffrey Archer's new novel, Paths of Glory, is the story of such a man—George Mallory. Born in 1886, he was a brilliant student who became part of the Bloomsbury Group at Cambridge in the early twentieth century and served in the Royal Garrison Artillery during World War I. After the war, he married, had three children, and would have spent the rest of his life as a schoolteacher, but for his love of mountain climbing.

Mallory once told a reporter that he wanted to climb Mt. Everest, "because it is there." On his third try in 1924, at age thirty-seven, he was last seen four hundred feet from the top. His body was found in 1999, and it remains a mystery whether he and his climbing partner, Andrew Irvine, ever reached the summit.

In fact, not until you've turned the last page of Archer's extraordinary novel will you be able to decide if George Mallory should be added to that list of legends, while another name would have to be removed. Paths of Glory is truly a triumph.