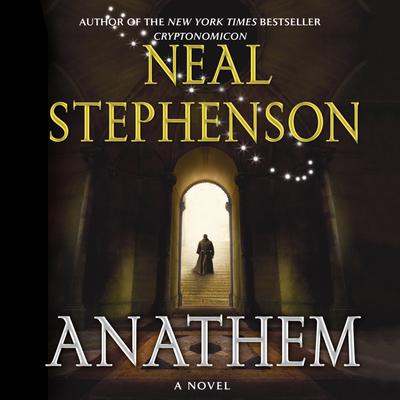 Fraa Erasmas is a young avout living in the Concent of Saunt Edhar, a sanctuary for mathematicians, scientists, and philosophers, protected from the corrupting influences of the outside "saecular" world by ancient stone and complex rituals. Over the centuries, cities and governments have risen and fallen beyond the concent's walls, yet the avout have always managed to adapt in the wake of catastrophe.

Now, in celebration of the week-long, once-in-a-decade rite of Apert, the fraas and suurs prepare to venture beyond the concent. During his first Apert as a fraa, Erasmas eagerly anticipates reconnecting with the landmarks and family he hasn't seen since he was "collected." But before the week is out, both the existence he abandoned and the one he embraced will stand on the brink of cataclysmic change.

Powerful unforeseen forces jeopardize the peaceful stability of mathic life and the established ennui of the Extramuros. Erasmas and his colleagues, teachers, and friends are summoned forth from the safety of the concent in hopes of warding off global disaster. Erasmas finds himself a major player in a drama that will determine the future of his world‹as he sets out on an extraordinary odyssey that will carry him to the most dangerous, inhospitable corners of the planet . . . and beyond.

A multi-cast recording, this program of Anathem also features a cameo by the author Neal Stephenson and original music inspired by the story. Composer David Stutz says of the compositional process, "I was excited by the creative possibilities opened up by Neal's imagination. These ideas, realized, are the music that you hear on this audiobook."