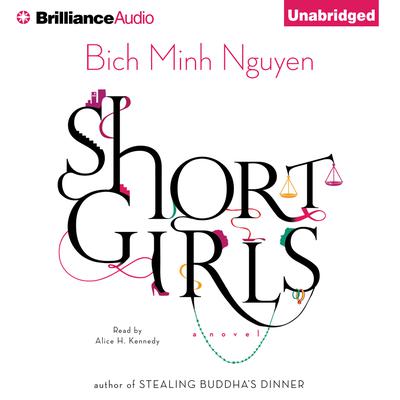 Van and Linny Luong are temperamental opposites. Diligent, unassuming Van has found her calling as an immigration lawyer in the midwestern suburbs, but no one knows that her picture-perfect marriage has suddenly evaporated. Her younger sister, Linny, fashion-forward and socially adept, lives in Chicago where she has drifted into a dead-end affair with a married man. Though both women feel untethered and burdened by a secret, they’ve never been able to confide in each other. But then, after nearly thirty years in the U.S., their eccentric, invention-obsessed father decides to take the citizenship oath—a rite of passage he hopes will improve the prospects of his most prized creation, the “Luong Arm,” an instrument to help short people grasp objects that are out of reach. When Van and Linny reluctantly heed the summons home they end up having to plan a celebration for him, replete with cha gio egg rolls and encounters with old friends from years past. In the time warp of a childhood home unaltered since their mother’s death and insulated by the same Vietnamese American community they grew up with, Van and Linny find they are bound by much more than the duties of culture and family history, or their aging father’s demands and whims. As they chart the uncertainty that has defined them, as well as the bitter irony of their romantic straits, Van and Linny discover in their common cause a new, enduring connection that sees them through the host of surprises to come. Bich Minh Nguyen was hailed by the Chicago Tribune as “a writer to watch, a tremendous talent” for her debut memoir, Stealing Buddha’s Dinner, and her charm and shrewd powers of observation are on brilliant display in this first novel. By turns deeply moving, wickedly urbane, and utterly entertaining, Short Girls chronicles the pitfalls and triumphs that govern all family lives. Nguyen’s insights into the complexities of duty, culture, and ambition often shared by the children of immigrants make Van and Linny’s story fresh and unforgettable — a true American tale for our time.