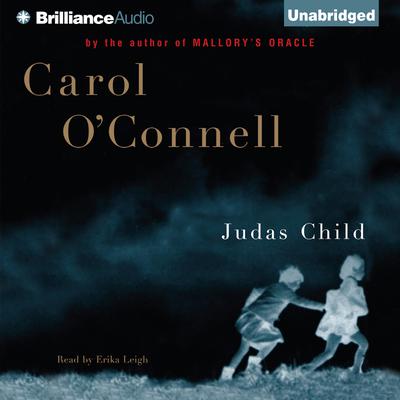 It is three days before Christmas, and two young girls have disappeared from the local academy. This hasn't happened for fifteen years, since Rouge Kendall's twin sister was murdered. The killer was found, but now Rouge, twenty-five and a policeman, is forced to wonder: was he really the one? Also wondering is a former classmate named Ali Cray, a forensic psychologist with scars of her own. The pattern is the same, she says: a child called out to meet a friend. The friend is the bait, the Judas child, and is quickly killed. But the primary victim lives longer…until Christmas day.

Rouge doesn't want to hear this. He's spent the last fifteen years trying to avoid the memories. A little girl has haunted his dreams all these years—and he has three days to finally put her to rest.

Filled with rich prose, resonant characters, and knife-edged suspense that have won so many fans, Judas Child is Carol O'Connell's most powerful novel yet.