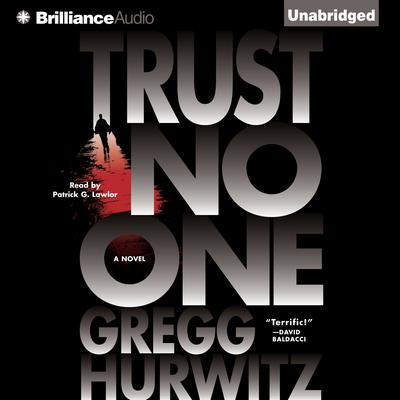 Over the past two decades, Nick Horrigan has built a quiet, safe life until, one night, a SWAT team bursts into his apartment, grabs him, and drags him to a waiting helicopter. A terrorist has seized control of a nuclear reactor, threatening to blow it up.

And the only person he’ll talk to is Nick.

When they come face-to-face, he promises to tell Nick the real truth behind the events that shattered his life twenty years ago.

At seventeen years old, Nick Horrigan made a deadly mistake—one that cost his stepfather his life, endangered his mother, and sent him into hiding for years. Now what Nick discovers in that nuclear plant leaves him with only two choices—to start running again, or to fight and finally uncover the secrets that have held him hostage all these years.

As Nick peels back layer after layer of lies and deception, buffeted between the buried horrors of the past and the deadly intrigues of the present, he finds his own life—and the lives of nearly everyone he loves—at risk. And the only thing guiding him through this deadly labyrinth are his stepfather’s dying words: Trust no one.