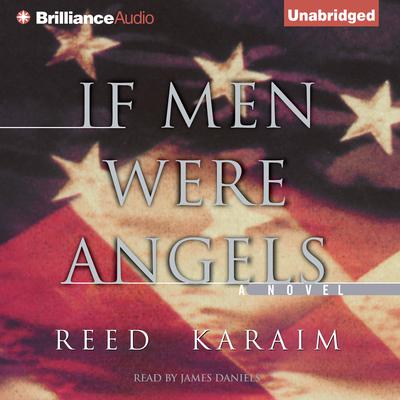 If Men Were Angels

The tumultuous presidential campaign of Thomas Crane, a charismatic but elusive senator from the midwest, presents reporter Cliff O’Connell with a career-making opportunity. Originally given little chance to succeed, Crane’s dark-horse candidacy suddenly takes off, and O’Connell is on the inside, traveling with the candidate from city to city across America.

O’Connell’s former lover, Robin Winters, now works for the Crane campaign, and that relationship reignites at the same time the campaign—against all odds—takes off. O’Connell also discovers an unexpected rapport with Crane himself, who shares his love of history and humble, small-town background.

Digging into a part of Thomas Crane’s past that refuses to make sense, uncovering layers of truth with a growing sense of unease, O’Connell is caught in a brutal triangle, torn between personal and political passions and his commitment to the truth. His discovery and what he does about it have unexpected and cataclysmic results for himself, Robin, Crane, and the nation.