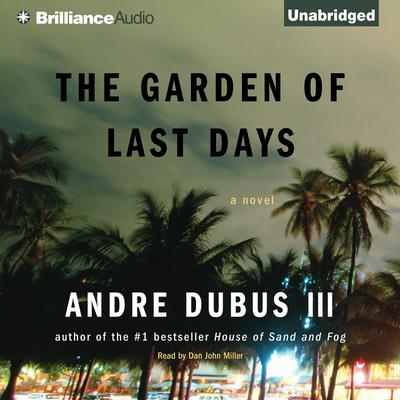 The Garden of Last Days

April’s usual babysitter, Jean, has had a panic attack that has landed her in the hospital. April doesn’t really know anyone else, so she decides it’s best to have her three-year-old daughter close by, watching children’s videos in the office while she works. April works at the Puma Club for Men. And tonight she has an unusual client, a foreigner both remote and too personal, and free with his money. Lots of it, all cash. His name is Bassam. Meanwhile, another man, AJ, has been thrown out of the club for holding hands with his favorite stripper, and he’s drunk and angry and lonely. From these explosive elements comes a relentless, raw, searing, passionate, page-turning narrative, a big-hearted and painful novel about sex and parenthood and honor and masculinity. Set in the seamy underside of American life at the moment before the world changed, it juxtaposes lust for domination with hunger for connection, sexual violence with family love. It seizes the listener by the throat with the same psychological tension, depth, and realism that characterized Andre Dubus’s bestselling House of Sand and Fog – and an even greater sense of the dark and anguished places in the human heart.