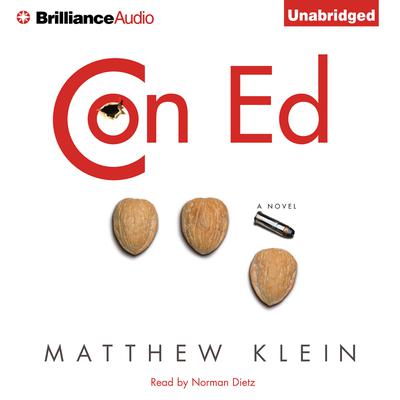 “Keep in mind: This is a story about a con. In a con, everyone takes part in a play. And everyone knows it is a play, except for one man. The thing you want to make sure is that the man is not you.…”

Here’s the setup. A blonde in shades walks into a bar. Spots this hustler who’s trying to stay out of the game. Tells him she has a slap-happy billionaire husband and a big score in her pretty little head. All the hustler has to do is what he does best: lie, cheat, fake, and steal—and watch both the money and the girl fall into his lap.

Trouble is, the hustler has pulled every con in the book, and he instinctively knows this: The blonde can’t just be a beautiful blonde, the score can’t just be a score, and the big bad husband has to have an angle of his own. Most of all, Kip Largo has serious suspicions about himself. After all, he’s just gotten out of prison and isn’t interested in going back.

But for a man who was born the son of a grifter and now lives in a Palo Alto apartment whose carpeting was last changed when Eisenhower was president, the blonde in the bar bit is starting to look too good to pass up. Then, as in any good con, the pot gets sweetened—and the incentives rise—when Kip’s son shows up with a story about a big gambling debt to the Russian mob. Now Kip is going all-in, doubts and all. He’ll call in old favors from everyone from a porn princess to a slightly bent computer nerd. All because that blonde, her husband’s billions, and a strange racket called fatherhood have convinced Kip that he might just be smart, skilled, and lucky enough to walk away with a fortune. Or not.