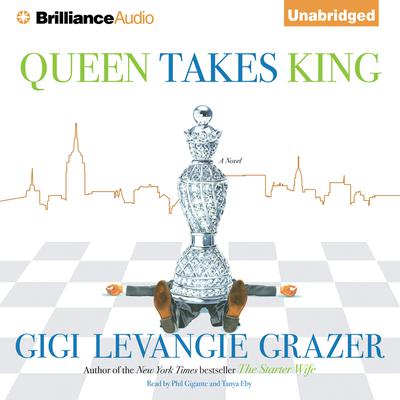 Jacks Power: the prodigal son, heir to millions, built his own Manhattan real estate empire and revels in seeing his moniker on glittering skyscrapers around the city. Here’s a man who always loved to see his name in ink. Until now.

Cynthia Hunsaker Power: the epitome of elegance and society, the former prima ballerina met a struggling painter, fell in love, and only later learned she’d won the Power lottery.

The morning after the Power silver anniversary gala at the Waldorf, Jacks appears twice in the New York Post—once gallantly dancing with his wife of twenty-five years; and once hand-in-hand with Lara Sizemore, morning television star, exiting her Upper West Side apartment building that very same night.

Whether they’re changing the locks on each other in their Park Avenue triplex or sabotaging each other’s dinner parties, the Powers’ split-up will trump the most scandalous divorces known to polite New York society. It’s a battle of wits, of charm, of two of the biggest egos—and personalities and bank accounts—in Manhattan, and neither side will go down without a fight.