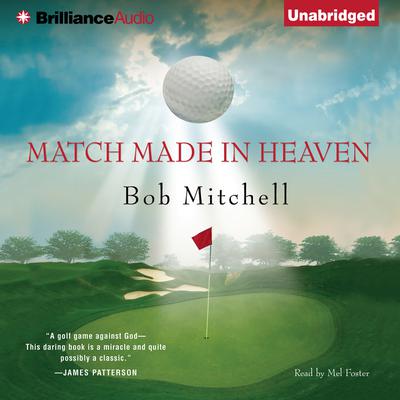 Match Made in Heaven

That’s the question Elliott Goodman hears in the OR as he’s about to have emergency surgery following a heart attack. But it isn’t Elliott’s surgeon who’s asking. It’s God. As in the Almighty. And God has a wager for Elliott. He challenges him to an eighteen-hole golf match. If Elliott wins, he is saved; if he loses…So begins this witty, insightful, and very funny novel about golf and life and the lessons learned from both. To be fair (isn’t He always?), God sends down eighteen legendary opponents to play against Elliott and hopefully teach him a few tricks along the way. From Leonardo da Vinci (nice clubs) to Marilyn Monroe (nice…everything), Babe Ruth (pass the hot dogs), Abraham Lincoln (cheater!), and fourteen other luminaries, including Moses, John Lennon, Joan of Arc, Picasso, W.C. Fields, Socrates, Babe Didrikson Zaharias, Beethoven, Gandhi, and Shakespeare, Elliott squares off against some of the most extraordinary people who’ve ever lived. As shots are analyzed, balls enter bunkers, and Freud drives the cart (control freak), Elliott has a chance to examine his life and his form, to see what he can correct or improve before facing his ultimate adversary. Bighearted and delightfully original, Bob Mitchell’s Match Made in Heaven is a grand celebration of golf and a profound parable of traveling our own personal fairways in a game where no effort is wasted, and every failure is just another chance to try again.