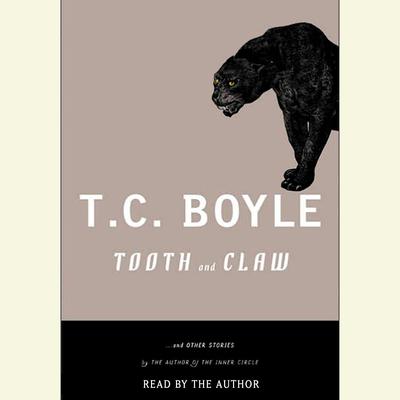 The fourteen stories gathered here, which have appeared in The New Yorker, GQ, Harper's, McSweeney's, and Playboy, as well as in The O. Henry Prize Stories and Best American Stories volumes, display T. C. Boyle's imaginative muscle, emotional sensitivity and astonishing range. There are the whimsical tales for which Boyle is justly famous, including "Swept Away," which tells of a female ornithologist who falls in love on the blustery island of Unst, and "The Kind Assassin," about a bored and loveless radio shock jock who sets the world record for most continuous hours without sleep–and who may never sleep again.

Listeners will love the comedic drama and lyrical beauty of the title story, about a young man who must contend with a vicious feral cat from Africa that he has won in a bar bet. And who could resist the gripping power of "Dogology," about a young woman in suburban New England who becomes so obsessed with man's best friend that she begins to lose her own identity to a pack of strays, or "Chicxulub," a nerve-shattering tale of collision, whether it be that of a young woman with a car or of huge objects from outer space slamming into the planet. With these compelling and always entertaining stories, Boyle proves once again that he is "a writer who can take any topic and spin a yarn too good to put down" (Men's Journal).