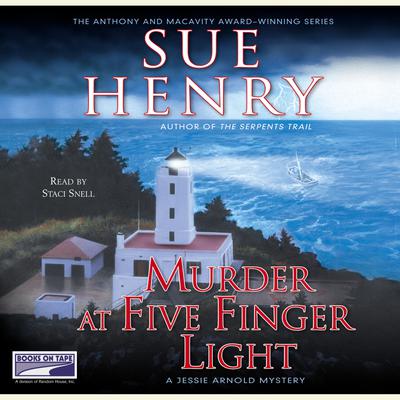 Sled dog racer Jessie Arnold has just gotten back together with her ex-boyfriend and sleuthing partner, Alex Jensen, and she's looking forward to some peace and quiet. But even when she's deep in the wilderness, trouble has a way of finding her.

Jessie's friends Laurie and Jim have acquired their dream–and old lighthouse on the Alaskan Inside Passage–and they've decided to throw a party. Not a party in the typical sense, but one where guests earn their keep by scraping, painting, hammering, and generally restoring Five Finger Light, named after the long, low islands over which the house stands guard. So Jesse decides to leave Alex alone for a few days and help Laurie and Jim.

With the company of old friends, the smell of fresh paint in the air, and a view to die for, Jessie won't soon forget this weekend–especially when she stumbles across a dead body. The death seems like an accident. But even as a frantic Alex learns that someone's cut the phone lines and wrecked the radio, Jessie realizes there's a killer loose on the island. Worse yet, the killing spree might not be over–even though the party certainly is….