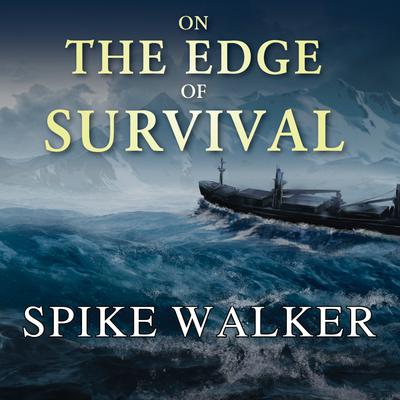 On the Edge of Survival

A Shipwreck, a Raging Storm, and the Harrowing Alaskan Rescue That Became a Legend

A Malaysian cargo ship on its way from Seattle, Washington, to China ran aground off the coast of western Alaska's Aleutian Islands on December 8, 2004, during a brutal storm, leading to one of the most incredible Coast Guard rescue missions of all time.

Two Coast Guard Jayhawk helicopters lifted off immediately from Air Station Kodiak during the driving storm in an effort to rescue the ship's eighteen crew members before it broke apart and sank in the freezing waters. Nine of the crew were lifted from the ship and dropped aboard a nearby Coast Guard cutter. But during attempts to save the last eight crew members, one of the Jayhawks was engulfed by a rogue wave that broke over the bow of the ship. When its engines flamed out from ingesting water, the Jayhawk crashed into the sea. The seven crew members from the ship who had been hoisted into the aircraft, along with the chopper's three-man crew, plunged into the bitterly cold ocean, where hypothermia immediately began to set in.

Interviewing all the surviving participants of the disaster and given access to documents and photos, acclaimed author Spike Walker has once again crafted a white-knuckle book of survival and death in the unforgiving Alaskan waters.