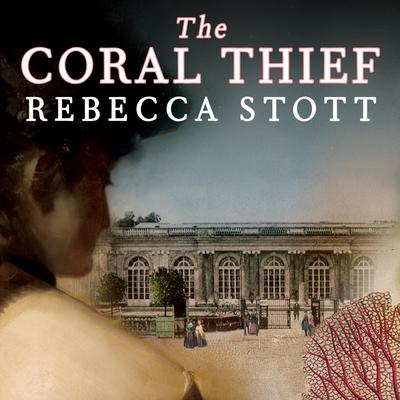 In her virtuosic debut, Ghostwalk, Rebecca Stott unfolded an extraordinary and true mystery involving Isaac Newton and set in seventeenth-century Cambridge. The Coral Thief is another intriguing mystery and love story, centering on pre-Darwinian theories of evolution and set in Paris right after Napoleon's surrender at Waterloo.

Upon his arrival in Paris, where he has come to study anatomy, Daniel Connor, a young medical student from Edinburgh, finds that his letters of introduction and precious coral specimens have been stolen by the beautiful woman with whom he shared a stagecoach. But when he begins searching for his lost items—and the alluring woman who stole them—Daniel is thrust into a tumultuous, underground world of philosopher thieves obsessed with the emerging theories of evolution. As he is pulled into their plot to steal a precious jewel from the Jardin des Plantes, and as he falls in love with the mysterious coral thief, Daniel is introduced to a radical theory of evolution that irrevocably changes his conception of the world in which he lives.

As riveting and beautifully rendered as Ghostwalk, The Coral Thief is a provocative and tantalizing mix of history, love, and philosophy.