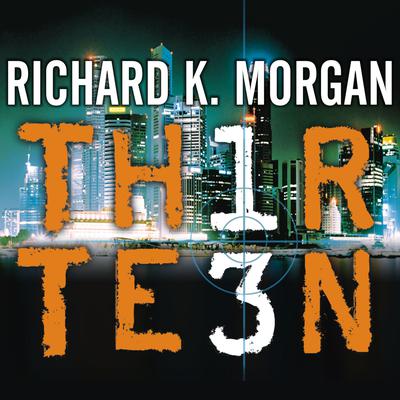 Richard K. Morgan's Thirteen is near-future science fiction, very much in the vein of Bladerunner. A failed government program to produce a more violent, aggressive form of military fighter has resulted in the U.S. rounding up most of the test subjects and isolating them on Mars, a place where no one with any sense would wish to spend their days. But not all of the government subjects have been caught and shipped out to Mars. Enter Carl Marsalis, a hit man who would like nothing more than to stop killing and put his past behind him—and when he's eventually captured in Miami, it seems like the government might take care of his problems for him.

Unfortunately, around the same time a transport from Mars arrives back on earth. The entire crew has been killed by a stowaway who turns out to be one of these violent superhumans—and maybe something worse. Now Marsalis is given a choice: use his heightened powers to hunt down the killer, or face a fate worse than death.