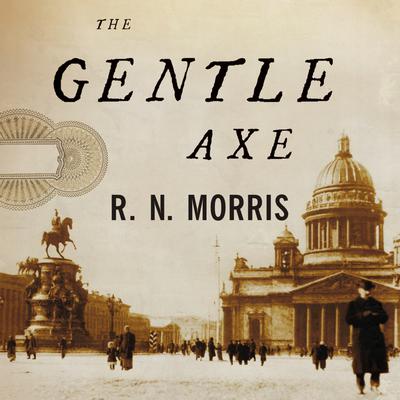 Stumbling through Petrovsky Park one cold morning in search of firewood, an elderly woman makes a horrifying discovery. A burly peasant twirls in the wind, hanging from a bowed tree by a rope about his neck, a bloody axe tucked into his belt. Nearby, packed neatly into a suitcase, is the body of a dwarf, a deep axe wound splitting his skull in two.

It does not take long for the noted police investigator Porfiry Petrovich, still drained from his work on the case involving the deranged student Raskolnikov, to suspect that the truth of the matter is more complex that the crime scene might suggest. Why do so many roads lead to the same house of prostitution and the same ring or pornographers? Why do so many powerful interests seem intent on blocking his efforts? His investigation leads him from the squalid tenements, brothels, and drinking dens of the city's Haymarket district to an altogether more genteel stratum of society. As he gets deeper and deeper in, and the connections between the two spheres begin to multiply, both his anger and his terror mount.

Atmospheric and tense from its dramatic opening to its shocking climax, The Gentle Axe is a spellbinding historical crime novel, a book that explores the darkest places of the human heart with tremendous energy, empathy, and wit. As lucky as St. Petersburg residents are to have Porfiry Petrovich in public service, we are equally fortunate to have R.N. Morris on hand to chronicle his most challenging case to date.