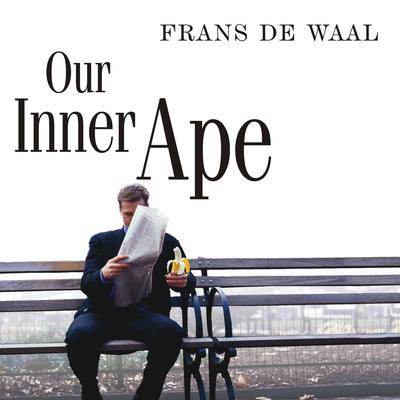 A Leading Primatologist Explains Why We Are Who We Are

We have long attributed man's violent, aggressive, competitive nature to his animal ancestry. But what if we are just as given to cooperation, empathy, and morality by virtue of our genes? What if our behavior actually makes us apes? What kind of apes are we? From a scientist and writer E. O. Wilson has called "the world authority on primate social behavior" comes a fascinating look at the most provocative aspects of human nature-power, sex, violence, kindness, and morality-through our two closest cousins in the ape family. For nearly twenty years, Frans de Waal has worked with both the famously aggressive chimpanzee and the lesser-known egalitarian, erotic, matriarchal bonobo, two species whose DNA is nearly identical to that of humans. De Waal shows the range of human behavior through his study of chimpanzees and bonobos, drawing from their personalities, relationships, power struggles, and high jinks important insights about our human behavior. The result is an engrossing and surprising narrative that reveals what their behavior can teach us about our own nature.

"De Waal offers vivid, often delightful stories of politics, sex, violence and kindness in the ape communities he has studied to illustrate such questions as why we are irreverent toward the powerful and whether men or women are better at conflict resolution."—Publishers Weekly

"Never has he [de Waal] written better on his great theme than in this absorbing overview of power, sex, violence, and kindness among apes—and humans."—Booklist

"Sklar adds just a touch of a smile to his sonorous voice, conveying friendliness, warmth, and humor."—AudioFile Magazine